How to Resist Tempting Snacks at Work - Diligent Fitness

How to Resist Tempting Snacks at Work

You want to lose weight and improve your body. But people keep offering you tempting snacks at work.

You find it hard to resist at the best of times. And on a busy, stressful day you just can’t find the will power to keep saying no.

You eventually give in eat the biscuits (or cake, or treats) but regret it pretty much as soon as you’ve finished.

How to break the cycle and avoid the guilt

Having this conversation with one of the guys at the gym last week.

In this particular case, the temptation always hit around the afternoon dip (about 3 pm). That’s when boredom and peckish-ness reached an all time high.

And it just so happened that’s when the biscuit tin did the rounds. Trouble ahoy!

Initially the temptation was to focus on NOT HAVING the biscuits. Makes sense right?

But we took a different approach. Based on the fact that anytime you try to NOT have something you feel deprived, and ultimately rebel.

So, rather than focus on not having the biscuits, we set a goal to have a pre-planned snack before the 3pm dip.

Not necessarily instead of the biscuits. But before. 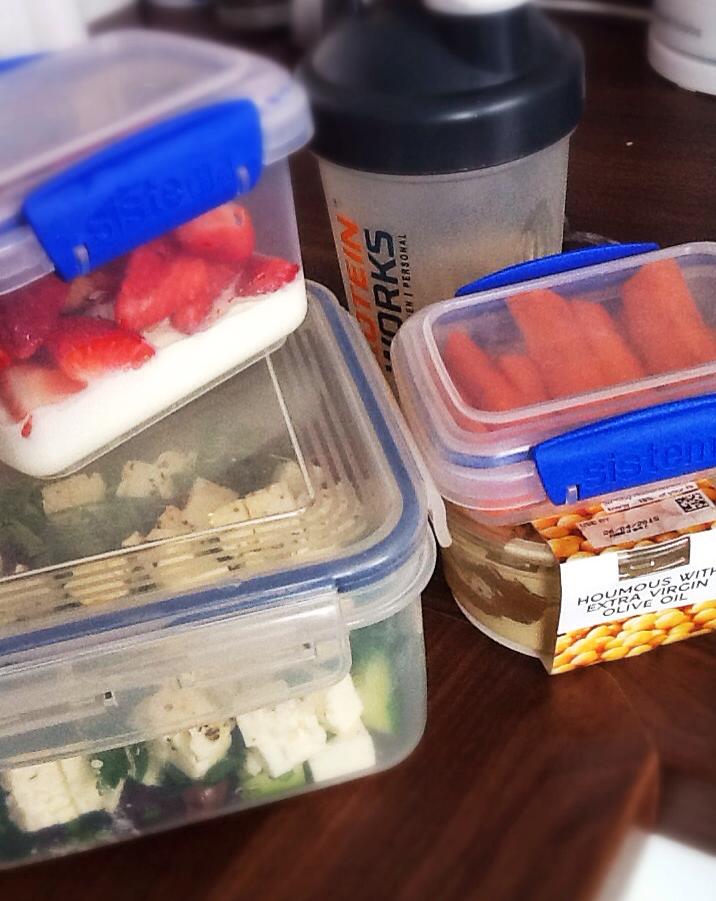 Focus on doing, rather than not doing

When you switch the focus to DOING something healthy you’ll likely replace a habit that doesn’t align with your goals with one that does (in this case having a high protein snack).

Much better than feeling constantly deprived!

So, if you struggle with willpower at work, try having a planned ‘healthy’ snack that aligns with your goals FIRST. And see what impact it has.

Sorry, the comment form is closed at this time.